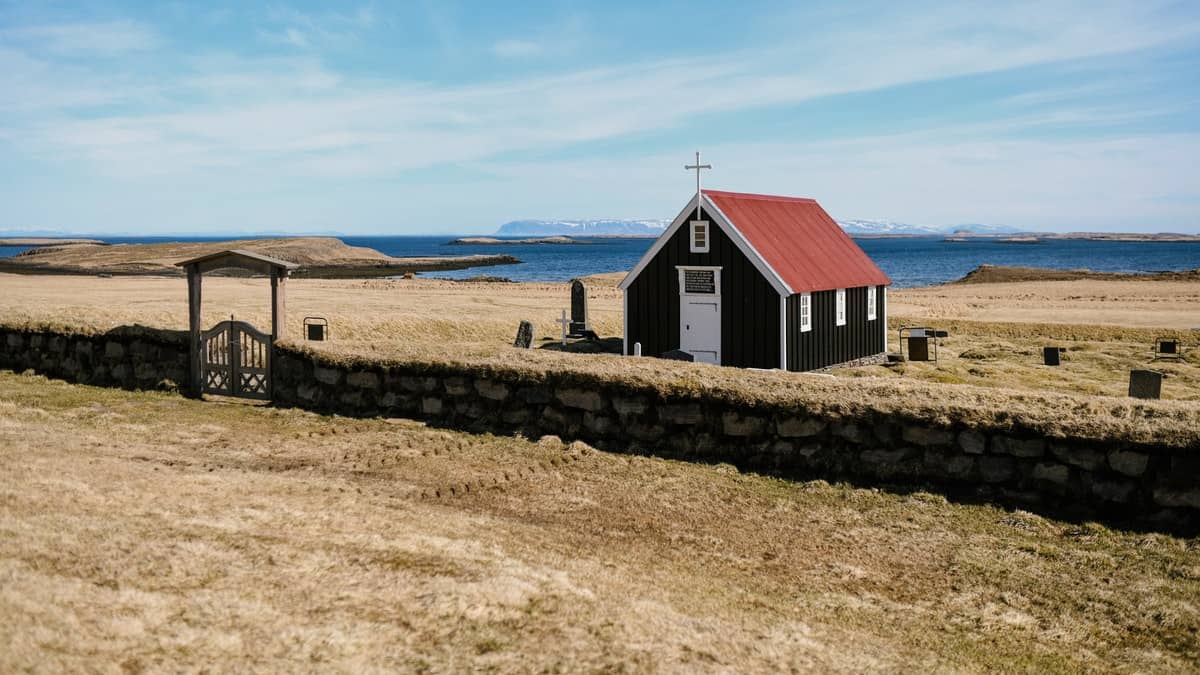 Site of Velehrad School. The Velehrad community was settled in the 1850s; the settlement was named Velehrad, or "Big Castle" for the Czech city of that name. The first marked burial in the local cemetery dates to 1855. From its earliest days, the community organized school classes in private homes. Children were taught in Czech because most area settlers were Czech immigrants. As the area population grew to 50 or 60 families, the settlers made plans to build a schoolhouse on land west of the cemetery. As was common, the one-room structure was placed on the lower part of the tract so that the building would be as close as possible to a water source. Classes were conducted in English when the school opened its doors about 1879. In 1887 school trustees sold off one acre of land which later became the site of S.P.J.S.T. Lodge Hall No. 19. By the turn of the 20th century, the area's population was growing. The Kahanek family operated a cotton gin just north of the school property in Fayette County. In 1924 the Velehrad School District traded land for 5.5 acres around their school that included the S.P.J.S.T. Lodge Hall property. The schoolhouse was moved onto the new land to be used as a vocational workshop, and a new two-room school with a stage was erected on the original part of the property to accommodate the increasing student population. Trustees added another room in the early 1930s. As the area population declined in the next decades, Velehrad School closed and its students were transferred to the Moravia School District No. 7. The Moravia District, in turn, closed to consolidate with Hallettsville schools in 1972. - Historical Marker Text. Marker erected 1999. Located 14.9 mi. N of Hallettsville on Fm 957; 2.2 mi. NW on County Line Rd. to CR 253.

SPJST Velehrad Cemetery. Residents of the Velehrad community, who were mostly immigrants from Moravia, created this cemetery to serve their burial needs. Filip Bucek, a Czech resident of the community, envisioned the idea of creating a national cemetery, but he passed away in 1877 before the burial ground was established. Family tradition says Filip was buried in Praha and later reinterred here. The earliest known burial in this cemetery is that of his wife, Johana Bucek, in 1878. Among those buried here are founders and members o fthe SPJST (Slovanska Podporujici Jednota Statu Texas), a Czech fraternal benefit society established in 1897. Ferdinand Breska, the first vice president of the SPJST, is buried here. The local SPJST lodge was located near the burial ground, and members conducted funeral services for many of those buried in Velehrad Cemetery. The decline of the cemetery coincided with the end of World War II, when many Velehrad residents moved away from the community. The cemetery stands as a reminder of the Czech Moravian community established here more than 100 years ago. The SPJST continues to care for the graveyard. Historic Texas Cemetery - 2005. - Historical Marker Text. Location: FM 957 N to Moravia, left on CR 247, right on CR 248 and left on County Line Road; on the South side of County Line Road.