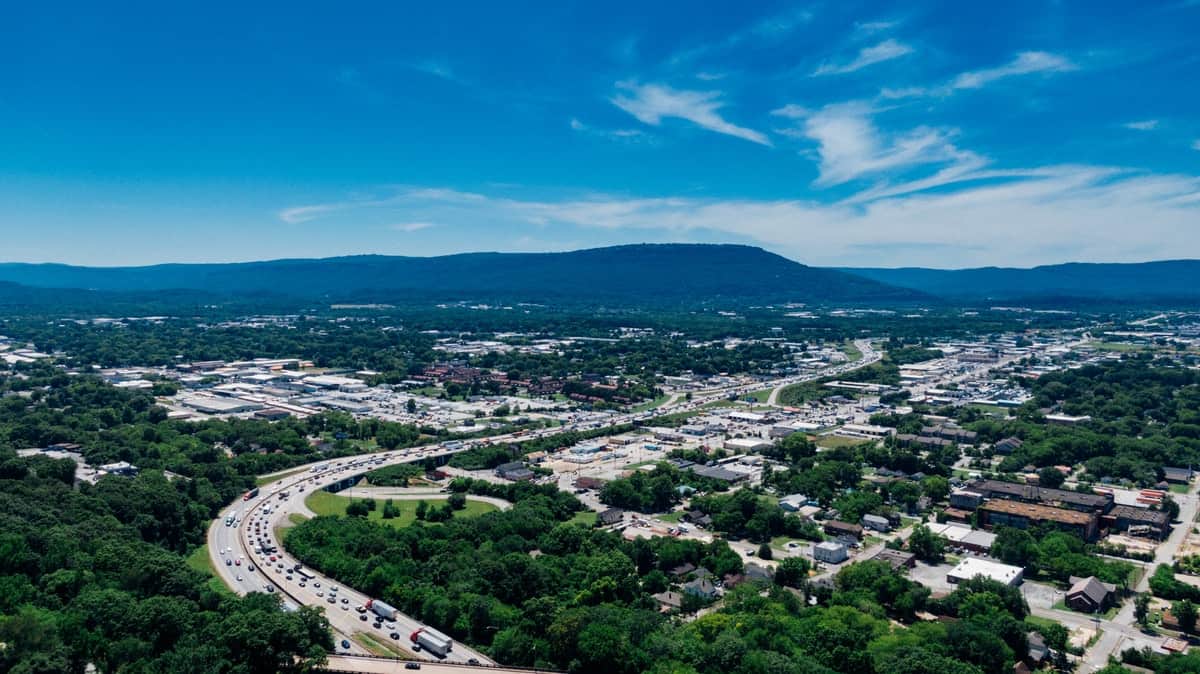 Tennessee Colony was founded in 1847, when a large group of settlers from Tennessee and Alabama arrived in the area. They named the settlement Tennessee Colony after their home state. Early families included the Sheltons, Avants, Hanks, and Seaglers. The moist climate and fertile soil was suitable for growing cotton, and a number of cotton plantations prospered, including the Jackson Plantation, which became one of the largest plantations in East Texas. In 1851 a log school opened, and Grant Kersky was the teacher. A post office opened in 1852. The community experienced racial tensions in the years before and after the Civil War. In 1860, for example, two white men from Mississippi, named Cable and Wyrick, were accused of plotting a slave uprising. They were suspected of encouraging slaves to poison the town’s water supply and kill most of the white citizens. Cable and Wyrick were quickly tried and hanged. In 1869 a man named Seymour arrived in town to open a black school, but settlers objected to this and forced him to leave. The first railroad arrived at nearby Palestine in 1872. In 1884 Tennessee Colony had three churches, a school, a steam gristmill, a cotton gin, and a population of 200. The population dropped over the next few decades, as businesses moved to Palestine. In 1914 Tennessee Colony had a population of 100. A few grocers and cotton gins served the area, and it had a telephone connection. During the twentieth century the town functioned as a small agricultural center. The population rose to 300 in 1927 but decreased throughout the 1930s. In 1941 it was 150. In 1965 the Texas Department of Corrections purchased 21,000 acres southwest of town, and construction began for the Coffield Unit, a medium-security prison facility designed to hold 2,000 prisoners. That year the population of Tennessee Colony was at an all-time high of 400. In 1984 a second prison facility, the Beto Unit, was completed. The prisons included factories for metal fabrication, concrete blocks, and highway signs. Agricultural and livestock operations were also conducted. From the 1970s through the early 1990s the population of Tennessee Colony remained at 120. In 2000 the population was 300.

Tennessee Colony. The beautiful little town of Tennessee Colony took its name from its first settlers. It was in 1847 when a wagon train of colonists, from Alabama and Tennessee, arrived in Anderson County seeking homes. The fertile valleys, blooming slopes plentiful wood and water supplies of a section fifteen miles northwest of Palestine pleased them most, they elected to remain. They called themselves the “Tennessee Colony,” in affectionate remembrance of the old home.

Tennessee Colony. Founded in 1838 by settlers who came from the Old South by wagons, seeking fertile, watered farm lands. Later their cotton shipped from Magnolia Ferry on the Trinity created great wealth. Early businesses were a general store, blacksmith shop, cabinet shop (which made furniture still found in area). Town was trade center for places as far away as Dallas. The plantation era reached a climax in grandeur on the properties of F. S. Jackson, a settler from Virginia. Circuit riders held religious services in homes until a log cabin church could be built, probably in late 1838; a second log church succeeded this one. Masons attended the lodge in Magnolia for years, but in 1857 obtained charter for Tyre Lodge No. 198, A.F. & A.M., in Tennessee Colony. They then worked to build a 2-story church-school-lodge hall, which was finished in 1860 (and was to be used until 1948). The schools were outstanding, especially those taught by a Mr. Hooker and by Professor Sidney Newsome. They drew patronage from Palestine and other area towns. Remembered students included Addison and Randolph Clark, later to become founders of a college that would be forerunner of Texas Christian University. Descendants of original colonists still live here. – Historical Marker Text. Marker erected 1971. Located at the junction of FM 321, Spur 324 and SH 287, Tennessee Colony.

Tennessee Colony Cemetery. Settlers from the southern United States founded Tennessee Colony in 1838, years before the formation of Anderson County. One of their first community efforts was construction of a log church building on a hill near this site. Located on the Manuel Riondo Land Grant of 1833, the Tennessee Colony Cemetery may include graves dating from the 1840s and 1850s, although no marked stones remain as evidence. A large vacant area in the center of the burial ground once included numerous fieldstones indicating the presence of individual gravesites. Over the years, however, the stones have been moved or misplaced. The earliest marked grave is that of Mrs. Manurva E. Shelton (b. 1831), who died on September 13, 1862. Other interments here include those of pioneer area settlers and their descendants, military veterans, members of local fraternal orders, and community leaders. In 1974, the heirs of M. S. Avant (1834 – 1906) formally deeded this land to the Tennessee Colony Cemetery Association. Still used, the Tennessee Colony Cemetery reflects over a century of the area’s history dating from the days of the Republic of Texas. Texas Sesquicentennial 1836 – 1986. Located off Spur 324 about .5 mi. east of Tennessee Colony, marker just inside gate.

Jemison Quarters Cemetery In 1847, settlers from Tennessee and Alabama moved to this area, naming the community Tennessee Colony. Elbert S. Jemison, believed to have come from Alabama Circa 1850, established a plantation in this vicinity. He served as a soldier during the Civil War and profited from cotton production on his plantation. There, he housed his slaves, as well as many from other states, renting their labor to area farms and operations like the nearby Confederate salt works. Following Emancipation in 1865, many freed slaves remained in Tennessee Colony, establishing a cemetery here. Tradition holds that the earliest burials are of slave owners and their slaves; the first marked grave dates to 1880. Several of the men and women buried in the cemetery had been born into slavery. Today, the burial ground, known as Jemison, Jimmison or Jimerson Quarters cemetery, is maintained by a cemetery association. It is the final resting place of generations of area African American residents, including veterans of major 20th century conflicts, and it remains a link to the history of more than a century’s work toward freedom, equal rights, community and home. Historic Texas cemetery – 2003. – Historical Marker Text. Located on CR 321 W of Tennessee Colony, approx 1 mi; S on CR 2054 approx 1 mi.; cemetery on left through open pasture.

Tennessee Colony Order of the Eastern Star No. 102 The first Order of the Eastern Star (OES) Chapter chartered in Anderson County, this organization was founded in 1902 for the wives and female relatives of the members of Tyre Masonic Lodge no. 198. Originally known as the Redbud Chapter, it took the name of the Tennessee Colony Community in 1936. Charter members of this chapter, which included members of the Tyre Masonic Lodge, were: Will H. and Annie Calcote, Pete Oldham, Tom Wyley, H.H. Auld, Marcus E. and Tennie Avant, Albert Dupuy, T.F. Wylie and John l. Carroll. Officers elected for the first year were: Bula Graham, W.N. Montgomery, Mamie Dupuy, Fannie Holt, Jesse Graham, Missie Swayze, Maud Montgomery, Emma Swayze, Eva Woolverton, Addie Carroll, D. Welborn Gore, Carrie Carroll, Annie Calcote, Alice Swayze, Vera Vannoy, Mattie Woolverton, E.A. Swayze and Will H. Calcote. The Order of the Eastern Star is always associated with a Masonic Lodge, and its purposes are fellowship and charitable works. Meetings of the Tennessee Colony Chapter were held once a month until 1940-41, when a change was made to hold meetings twice monthly. The chapter met in the Masonic Lodge hall. Membership in the Tennessee Colony OES increased substantially after World War II, with many local and area residents accepted into membership. Members have been active at the district and state level, and their charitable works have played an important part in the cultural heritage of Tennessee Colony. – Historical Marker Text. Marker erected 2002. Located at the intersection of Spur 324, FM 321 and FM 645.