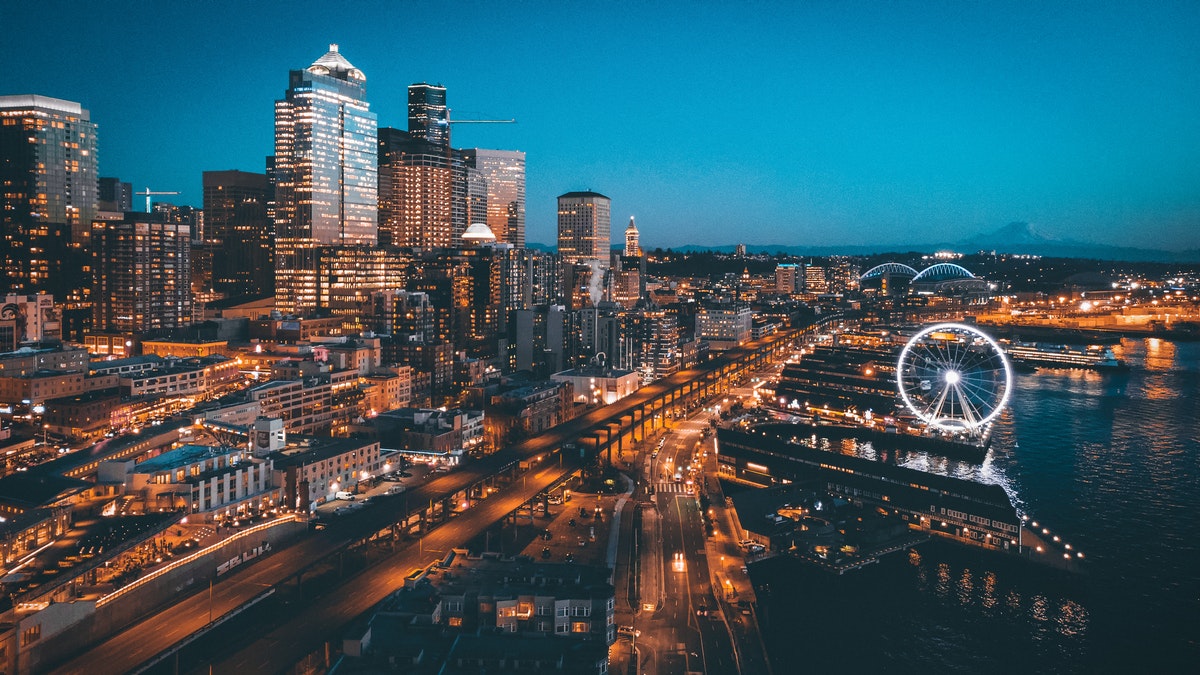 Founded in 1879 on the route of the Gulf, Colorado, and Santa Fe Railroad, Sealy was named for Galveston businessman and railroad president George Sealy (1835-1901). By January 1880 a depot was established here, and both freight and passenger service were inaugurated. Sealy became a main division point between Galveston and Temple, and the railroad was the town’s principal employer. In addition to the depot, Sealy was the site of a roundhouse, wooden turntable, and machine shops. By August 1880 two passenger trains and two freight trains passed through the town daily. Sealy soon boasted numerous homes and businesses, including hotels, retail stores, factories, cotton gins, and grist mills. The citizens organized a public school and a number of churches. By 1899 the Santa Fe Railroad division point was moved to Bellville, causing Sealy’s economic base to shift to agriculture. The Missouri, Kansas, and Texas (Katy) Railroad had built a line through here in 1892, however, and the Cane Belt Railroad, linking Sealy to Matagorda, began operations in 1903. Diversified businesses kept the town thriving, and in 1949 the citizens of Sealy voted to incorporate. – Historical Marker Text. Marker erected 1991. Marker located at 415 Main St.

Sealy Cemetery. In 1879 Gulf, Colorado and Santa Fe Railway Company agent George Sealy purchased 11,635 acres at this location from the township of San Felipe de Austin for the purpose of establishing a railroad depot. The village of Sealy soon developed around the depot and on July 5, 1883, it recorded its first burial here, that of the infant Annie Fowlkes. Families that settled in Sealy purchased cemetery plots directly from the railroad until the company donated the land to cemetery trustees C.H. Ruff, R.P. Josey, and John Hackbarth in 1887. The Sealy Cemetery Association was founded sometime prior to 1898 and officially chartered in 1924. The laides of the cemetery society, organized in 1904, helped the association cultivate community support to upgrade and maintain the cemetery. Two notable society members, Mrs. J.W. (Vera) Ripple and Mrs. Paul (Mahala) Hackbarth helped organize a Christmas bazaar fundraising event in the 1930’s that developed into an important annual social affair in the community. Among the more than 2,400 grave sites are those of many of Sealy’s early residents. The cemetery boasts a variety of gravestones and statuary and includes two mausoleums. – Historical Marker Text. Marker erected 1993. Marker located at Sealy Cemetery, Main Street, West End, Sealy.

St. Mark’s Episcopal Church. This congregation was organized in 1885, five years after the railroad town of Sealy was founded. Among the church’s early supporters was railroad official George Sealy, for whom the town was named and who served on the missionary board of the Episcopal Diocese of Texas. The congregation’s first building, erected two blocks north of this site in 1889, was destroyed in the 1900 hurricane. A new church structure was built at this site in 1910. Throughout its history, Saint John’s Church has served the community with worship, educational, and outreach programs. – Historical Marker Text. Marker erected 1992. Located at 311 6th St., Sealy.

Dr. James West Bostick. (ca. 1840-February 22, 1897) James West Bostick, born in a log cabin near Cat Spring, Austin County, Texas, was the son of J.H. Bostick, Alabama native and one of Stephen F. Austin’s “Old 300” settlers. James Bostick served in the Confederate army for 4 years and later became a doctor. He married Rebecca Taylor, daughter of a prominent East Texas family. They moved to Sealy in 1885, helped found St. John’s Episcopal Church, and built their home here in 1895. Dr. Bostick, one of Sealy’s first doctors, also owned and operated a drugstore. He died at the age of 57, and was buried in the Sealy Public Cemetery in 1897. – Historical Marker text. Marker erected 1994. Located at 319 Hardeman St., Sealy.

Paul and Mahala Hackbarth House. Completed in 1911 for civic leaders Paul and Mahala Hackbarth, this concrete block house is an unusual example of vernacular architecture. Prominent features include a wraparound porch, Ionic columns on piers, and large wood sash windows. The Hackbarth Lumber Company, one of the earliest businesses in Sealy, promoted the use of concrete blocks for local buildings, and this house is a fine example of that construction method. Recorded Texas Historic Landmark – 1991. Located at 325 6th St., Sealy.

Haynes Mattress Factory. Daniel Haynes (1828-1913) came to the new railroad town of Sealy in 1881. In 1885 he invented a process and a machine to manufacture a felted cotton, non-tufted mattress. Trademarked under the Haynes name, the mattresses were sold throughout the country and soon became associated with the name Sealy. In 1906 Haynes sold his patents to another company, which adopted the name Sealy. Haynes opened a new mattress factory at this site in 1909. It remained in operation after his death, maintaining its reputation as one of Sealy’s primary industries until 1976. – Historical Marker Text. Marker erected 1991. Located at 109 N. Hardeman St, Sealy.

Haynes-Felcman House. This house was built in 1901-1902 for H. Schumacher. It was purchased in 1906 by Richard H. Haynes (1875-1942) who, with his father, founded the Haynes (Sealy) Mattress Company in 1909. Local confectionery store owner F. J. Felcman bought the property in 1927 and added on to the rear in 1929. It remained in his family until 1995. The structure is a fine example of a Queen Anne residence with a projecting front gable decorated with wood shingles, stained glass, and jigsawn brackets. The front porch also displays late Victorian details including wood balusters and frieze. Recorded Texas Historic Landmark – 1999. Located at 305 Hardeman St, Sealy.

Liedertafel. Sealy’s German immigrants were famous for their love of music. A group of men, some of them Sealy’s pioneer settlers, had formed a singing society, called Liedertafel, by 1899. They met primarily in the home of Ferdinand Lux. Lux and Fritz Kinkler, Jr., gave land for the establishment of a permanent building in 1912-1914. One of a number of round frame dance halls built in German communities in Texas, this structure was erected beginning in 1914. The eight-sided hall was built from materials purchased from the F. W. Hackbarth Lumber Company. There were about 19 singing society members in 1914, and they hosted many concerts, festivals and dances for the community. The Liedertafel Hall was a popular gathering place for special events for many years. Other organizations, lodges and churches used the grounds and hall for their own celebrations, as well. In 1934 the Sealy Volunteer Fire Department began holding its annual “Firemen’s Frolic” fundraiser at the hall. By 1944 the building was in need of repair and the singing society members were aging. Stockholders voted to sell the hall and land to the fire department, which raised funds to purchase and renovate the structure. It became known as the Firemen’s Hall. In June 1945 the new “Fireman’s Park” opened with a celebration. The following year, The Houston Post reported 5,000 attendees at the “Firemen’s Frolic.” The firemen donated the hall to a local historical society in 1995. Renovations began that year. – Historical Marker Text. Marker erected 2000. Located at Lux and Peschel Lanes, Sealy.

Preibisch Building. German immigrant Adolph H. Preibisch and his wife, Emilie, came to Austin County in 1860. After the town of Sealy developed along the Gulf, Colorado and Santa Fe Railroad, the Preibisches bought property in the new railroad town. In 1885, Adolph and Emilie Preibisch purchased these lots and hired brick mason John Colleton to construct this commercial building for them in 1886-1887. Colleton’s brickyard in nearby Bellville, where he fired bricks from Brazos River clay, was the source of material for many of Sealy’s buildings. Sited on a prominent corner lot, the Preibisch building first housed Preibisch’s own store, in which he sold household and kitchen furniture, window shades, rugs, carpets and other manner of household goods. As was the practice with many early furniture dealers, Preibisch also made and sold funeral caskets from his store. The family continued to run the store after Adolph died in 1899. After Emilie’s death in 1905, their son W. W. Preibisch took over the business. Later tenants of the Preibisch building included a general merchandise store, grocery store, jewelry and gift shop, and a saloon/pool hall known as “My Place,” which served as a setting for several advertisements and motion picture films. The building remained in the Preibisch family until 1946. The one-part brick commercial structure, which features arched window and door openings and corbelled brickwork, is significant for its association with the early commercial development of Sealy and remains an important part of Sealy’s architectural heritage. Recorded Texas Historic Landmark – 2001. Located at the corner of Main and Fowlkes streets, Sealy.