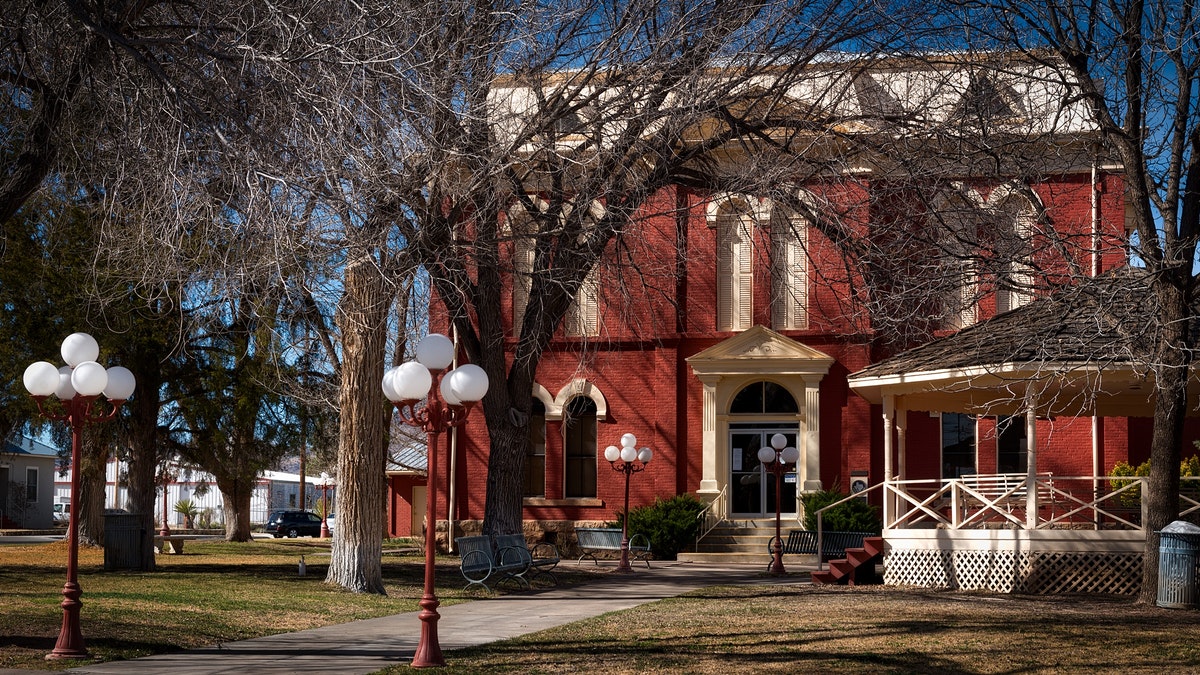 Palestine 1858. Palestine contains a population of 1200. The business of the town is confined to retail trade with the surrounding country ; there are twelve stores here, among which are two drug stores and a book store ; all seem to be prospering. The county gives one thousand votes, and makes about 300,000 lbs. cotton. – Braman’s information about Texas, 1858

Palestine History 1936. It may be appropriately said that Palestine, at present a bustling little city of approximately 15,000, has all the essential advantages necessary to the growth of a great industrial and agricultural center. It is the home of the general offices and the shops of the I&GN Railway system; it is the center of a great agricultural section; and it is the headquarters for numerous oil fields. Anyone of these conditions should develop a thriving center, but take the combination as it exists and it would seem that a great city must result. A live Chamber of Commerce is aiding this logical development of Palestine. For several years past this has managed that no opportunity that came knocking at Palestine’s door has been turned away.

The I&GN Railroad in Palestine. The I&GN Railroad in Palestine Established as Anderson County seat in 1846 by the Texas Legislature, Palestine grew steadily throughout the remaining 19th century, nearing 9,000 residents by 1900. The town first centered on trade facilitated by the Trinity River, with frequent steamboats bringing in staples in exchange for local and East Texas products. The river, however, was only navigable for half of each year, leaving residents to rely on ox-drawn wagons at other times. Realizing the potential of the railroad, local leaders John H. Reagan and George A. Wright garnered wide support to offer county money to the Houston and Great Northern Railroad, later consolidated into the International and Great Northern Railroad, which reached Palestine in 1872. Between 1874 and 1875, the railroad moved its headquarters, along with shops and a roundhouse, to the town and became a vital economic force. From the time rail construction began until beyond 1900, the railroad was the biggest employer in Palestine. Many employees came from other parts of the state and nation, as well as from other countries. A county immigration society helped promote immigration efforts, and the local newspaper sent thousands of circulars recruiting newcomers. Many immigrant families lived in Palestine, creating an international community in East Texas. In an effort to spare the courthouse and original town square the noise and traffic associated with a railroad, the line was routed west of what became known as Old Town, the town’s original business district. New Town developed around the rail depot, however it was decades before the two sections blended together. Although the automobile lessened the reliance on rail travel and shipping, the impact of the railroad is still seen in Palestine today. – Historical Marker Text. Marker erected 2003. Located at Main and W. Oak, Palestine.

I & GN Hospital and Nurses’ Quarters. Established in 1884, the International & Great Northern Railway Employees’ Hospital Association built a complex of frame structures at this site adjacent to the railroad tracks. The hospital, which operated on monthly employee dues, provided service to all railroad employees along the I&GN lines. In 1920 the frame structures were razed and replaced with a new brick hospital building. In addition to patient rooms, the institution included a pharmacy, laboratories, medical clinic, and emergency room with ambulance service. An adjacent two-story nurses’ quarters building was added to the site in 1925. Designed by prominent Houston architect Alfred C. Finn, both buildings exhibit elements of Georgian Revival style architecture. Prominent features of the hospital include its raised basement, central bay, and ornate Georgian portico. The nurses’ quarters features an offset classical portico and hipped roof. The Missouri-Pacific Railroad took over the I&GN lines in the 1930s, and after that time the institution was known as the Missouri-Pacific Lines Hospital Association. The hospital continued to operate until 1970. The buildings stand as reminders of the railroad’s impact on the City of Palestine. Recorded Texas Historic Landmark – 1990. Located at 919 S. Magnolia St., Palestine.