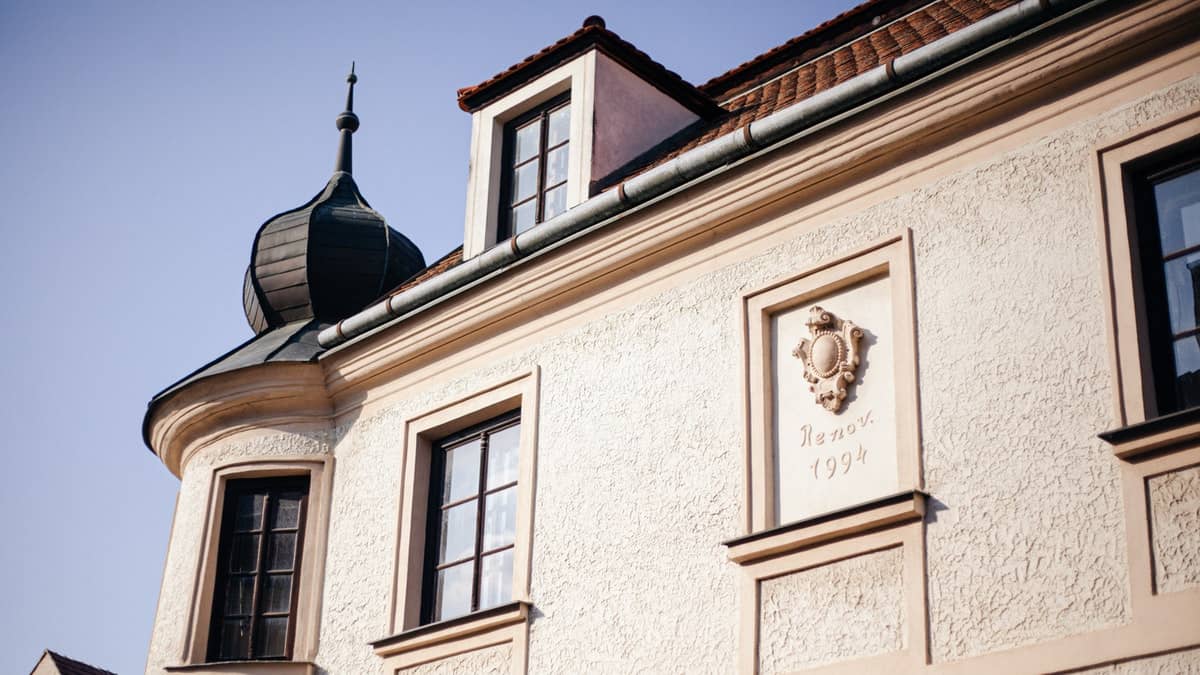 Moravia School. Many Czech and German immigrants settled in this area of South Texas in the 1870s. Moravia was a Czech farming community that included homes, a Catholic church, businesses, and a school. The first school in the Moravia community was a one-room structure located about one mile northwest of this site. Students attended classes on a tuition basis. The one-room schoolhouse was destroyed by fire in 1878, and students temporarily attended school in a former store building (about 1 mile north). Land at this site was acquired in 1885. Moravia School, a two-story schoolhouse with two classrooms, was erected in 1887. Classes were conducted primarily in the Czech language until 1895. Additional land acquisitions in 1908 and 1922 enlarged the school property, and in 1923 materials from the 1887 structure were used in the construction of a larger school facility with four classrooms. Serving students from a large rural area, the Moravia School continued to grow as other rural schools declined. Students participated in scholastic, literary, and athletic activities. The Moravia School was closed following the 1971-72 school year and was consolidated with the Hallettsville School System. - Historical Marker Text.  Marker erected 1989. Location: from Hallettsville, take FM 957 northwest about 13 miles (in Moravia).

Moravia General Store. Ignac (J. E.) Jalufka and Jakob Hollub brought their families to northern Lavaca County in 1874, followed by several other Czech families. Founded in 1881, Moravia was so named to honor Moravia, Czechoslovakia, the settlers' homeland. The first commercial structures here were a blacksmith shop, cotton gin, and school. In 1889 Jalufka built a two-story frame saloon on this site. Grocery and mercantile supplies took up the rear half of the ground floor; the saloon was located in the front. The second floor served as a dance hall. Masquerades, seasonal celebrations and other events made it a popular gathering place for the entire community. From 1891 to 1900 Jalufka also was United States Postmaster for the area, operating the post office from his store. The saloon was popular and successful until 1920, the year that J. E. Jalufka died and prohibition was passed into law. Agnes Jalufka inherited the business, and sold it to Annie Chromcak and Lillian Blahuta in 1922. Annie Chromcak sold her interest to Lillian and Frank Blahuta the following year. In 1930, a new dance hall was erected across the road. The second story was torn down, leaving the one-story Moravia General Store. The new dance hall across the road was torn down in 1950. The Moravia store remained in the Blahuta family until 1979. In 1990 the store was closed for the first time in 109 years, but it was reopened in 1996. The Moravia General Store remains a link to the past and to the spirit of the pioneers of Lavaca County. - Historical Marker Text. Marker erected 1998. Located on FM 957, 9 mi. N of Hallettsville at CR 229.

Rocky School with the increasing number of German and Czech immigrants settling in Lavaca County near the turn of the 20th century, Lavaca County responded with the establishment of rural schools. The area which is now the Moravia Community in northwest Lavaca County was settled by Czech immigrants in the 1870s. By the late 1880s, another school was needed in this area because many students had to walk over four miles to school. According to a former teacher, an old rock house was used as a school until around 1913. That year, Czech immigrant Joseph Pargac established a gin on rocky creek and donated a portion of the land for school purposes. A school was erected in 1914. A well was dug by 1927 to accommodate the students and faculty. The one-room school also had a small stage for the teacher’s desk that was used for plays and holiday programs. A former student recalled eating sack lunches outside on the wood pile. In the thirty-five year history of the rocky school, the school had an average of 38 students. Students attended first through seventh grades and were mostly first-generation Czech immigrants. Many of the teachers were also of Czech descent and some received their teacher’s certification in Lavaca County. In the beginning, classes were taught in the Czech language. However, over the years and as the students became American citizens, the school conducted classes in English. The rocky school operated until 1949 when it was consolidated with the Hallettsville independent school district, citing low attendance as the primary reason. – Historical Marker Text. Marker erected 2012. Located 3 miles east of CR 229 and FM 975 in Moravia.