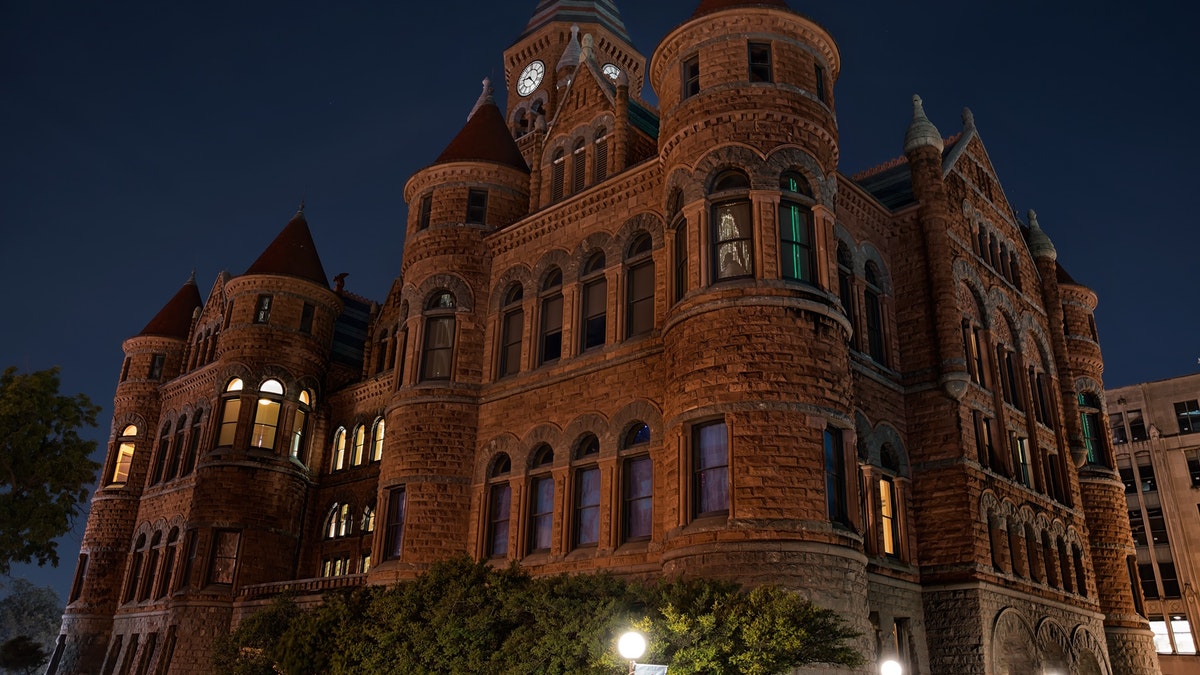 Montalba nestles in the shadow of a mountain. From it comes the name. In the early days when the question of naming the place filled the minds, a snow fell, and looking towards the moun­tain some one said, "The mountain's white." which suggested the name, "White Mountain" Montalba. Until that day the community was Beaver Val­ley. The creek which winds around the valley is Beaver Creek. Probably in the long ago beavers had a dam there. The creek is about four miles from Montalba. The first church building was given to Montalba by "Uncle Jimmie" Hamlet.

Montalba. The name was given to the place as early as December 1881, when William J. Hamlett, Jr., applied for a post office to be located eighteen miles east of the Trinity River and four miles south of Beaver Creek. According to the application, the nearest post office at that time was Tennessee Colony, nine miles west. Montalba was named by Hamlett, presumably because of the white sand on the mountain to the east. The post office was originally located, in 1848, at Beaver Valley, two or three miles north of Montalba.  Later this area became known as Holly Springs.

Montalba. In area known as Beaver Valley, settled about 1853 -- the year that pioneer P. G. Oldham built his home a half-mile northwest of this marker. This was on the Palestine-Athens Road, the route taken by mail hacks in early days. To the east was a campground where travelers often spent the night, and where later inhabitants of the area used to gather for seasonal religious campmeetings. Near the Oldham home was the Beaver Valley Primitive Baptist Church. Mr. Oldham donated land for a cemetery adjoining the church. Nearby stood a noted early school, Beaver Academy. The church was later known by name "Holly Springs." The first local physician, Dr. T. J. Adams, built his homestead in the woods of Beaver Valley in 1859, and conducted a wide practice until he was past 80. During the Civil War, while the young men of the area were away in the army, an iron foundry in this valley made arms and bullets for the Confederacy. In 1880 a post office was granted under the name Montalba -- suggested by early settler to be Hamlett, inspired by snowclad mountain on the horizon. Mrs. Mollie Hamlett was the first postmaster. In later years Montalba settlement was moved southward, and now thrives as a market and supply point for valley. - Historical Marker Text.  Marker erected 1970. Located about 3.5 mi. north of Montalba on SH 19.