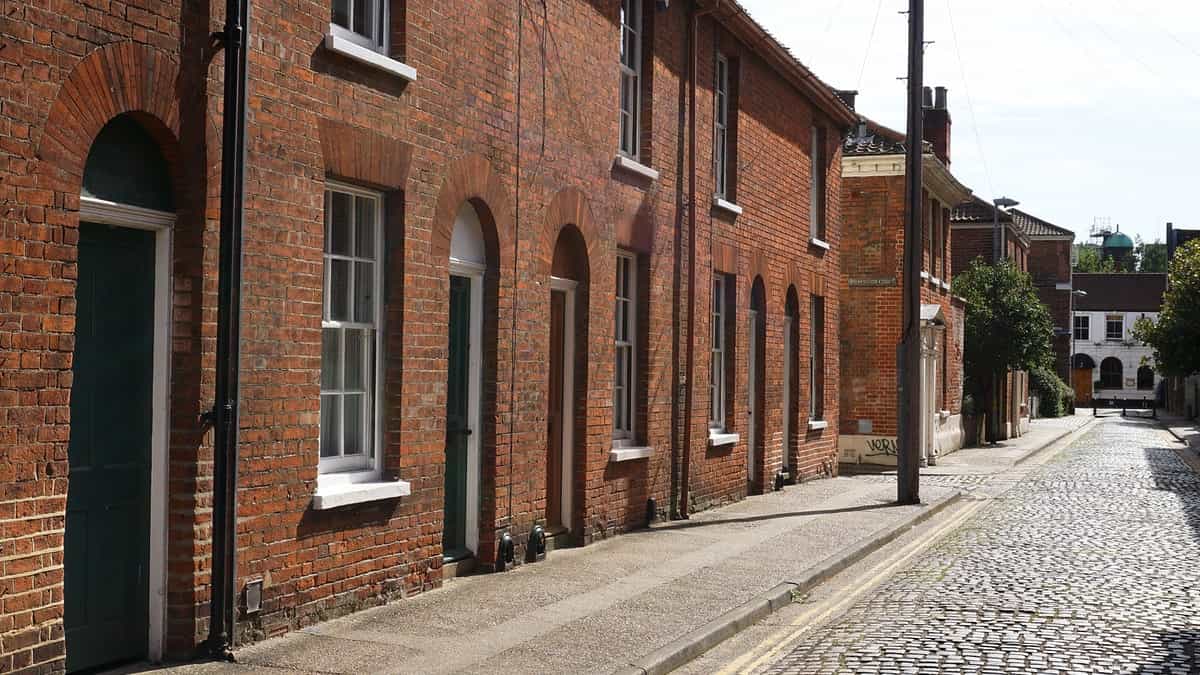 Town Named for Gen. Jose Antonio Mexia. Military officer and promoter of Texas colonization. Served as secretary of Mexican legation to United States, 1829-1831. Led victorious Mexia Expedition to expel centralists in Matamoros, 1832. Mexican senator, 1833-1834; he first supported president Santa Anna, but fought him when he became a dictator. Fled to Texas, 1834. Attacked Tampico in 1835. Took Tampico, Jan. 1839, but was shot on order of Santa Anna after defeat near Puebla May 3. Son and daughter settled on family land, Limestone County, about 1870. They donated site for town of Mexia in 1871.

First Baptist Church of Mexia. Organized Jan. 14, 1872, by the Rev. W. Henry Parks. Some charter members came from Springfield Church (founded 1846), as that town was bypassed by Houston and Texas Central Railroad in 1871 and absorbed by Mexia. After meeting at first in a lodge hall, congregation built a church in 1873. Four buildings have been erected on this site. Thirty-two pastors have served this church. The congregation has helped found two other churches. It also has sent out missionaries Mildred Cox Mein (Brazil, 1934-71) and John E. Mills (Africa, 1947- ).

First Presbyterian Church of Mexia. Cumberland Presbyterians began this church in Old Springfield (12 mi. SW) early in 1917. After Houston & Texas Central Railroad started the town of Mexia later in 1871, the congregation moved here. It erected a meetinghouse in 1878, and this prairie Gothic edifice in 1898. A Presbyterian church in the U.S.A. (Northern) congregation joined the Cumberlands in 1905. Southern Presbyterians of Mexia (organized in 1876) came into the merger in 1942. Elements from the southern church, such as some windows and the bell, now are in the remodeled 1898 edifice.

Mexia Oil Boom. One of great free-wheeling oil booms of America before proration was enforced. Population in Mexia increased from 4,000 to 50,000 within days after oil discovery in 1920 at Rogers No. 1 Well, located 1.6 miles west of this marker, just off FM Road 1633 Earlier (in 1912), Blake Smith and other Mexia men had brought in a gas field. Believing oil also could be found here, they interested a veteran operator flamboyant wildcatter A. E. Humphreys-- who struck oil at 3,105 feet. By May 1912 gushers were flowing. Humphreys had 2,000 men; did a $4,000,000 business. His fortune later was estimated at $37,000,000. The boom was on. Other companies were formed. A second renowned wildcatter, J. K. Hughes, shared the leadership in developing the field to capacity. Millionaires, merchants, celebrities, operators and workers swarmed to Mexia for a share in the "Black Gold." Many undesirables came also, and one day were ousted by the thousands by Texas Rangers. In 1920-1921 first boom year, $5,000,000 went into construction; tanks for over 30 million barrels of oil were built; but even so storage area was inadequate for output. A park and clubhouse developed near this site by Col. Humphreys-- mementos of boom-- are still in use. - Historical Marker Text. Marker erected 1967. Marker located on SH 14 on west side of of road at southern city limits to Mexia.