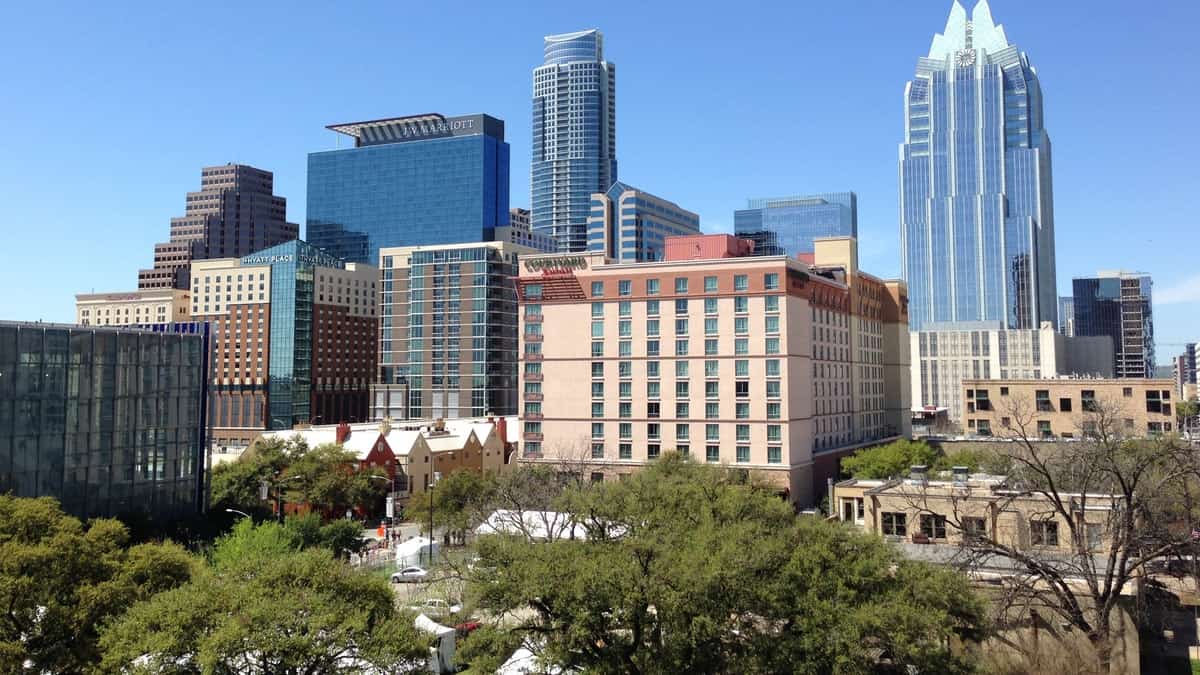 Jacksonville of today, the largest town in the county, is the second Cherokee town to bear the name. Undaunted by being left some one and one-half miles southwest of the International Railroad, the first Jacksonville picked itself up and sat down again where trains did stop. Subsequent growth has brought an overlapping of the two town sites.

Not even Old Jacksonville, however, was the original settlement in the neighborhood. In the middle '40s [1840s], David Tumlinson, F. C. Hardgraves, E. J. Debard, Huntley Wiggins, J. S. Lindsey, James G. Earle, David Templeton and others established the settlement known as Gum Creek, taking its name from a near-by stream. In 1847 Jackson Smith joined the group, settling on the James Ford Labor. Soon after building his log house and a blacksmith shop, Smith laid out the Jacksonville town site northeast of his house. The name Gum Creek, however, was not immediately abandoned. Even the post office, established in June, 1848, was designated as the Gum Creek office.