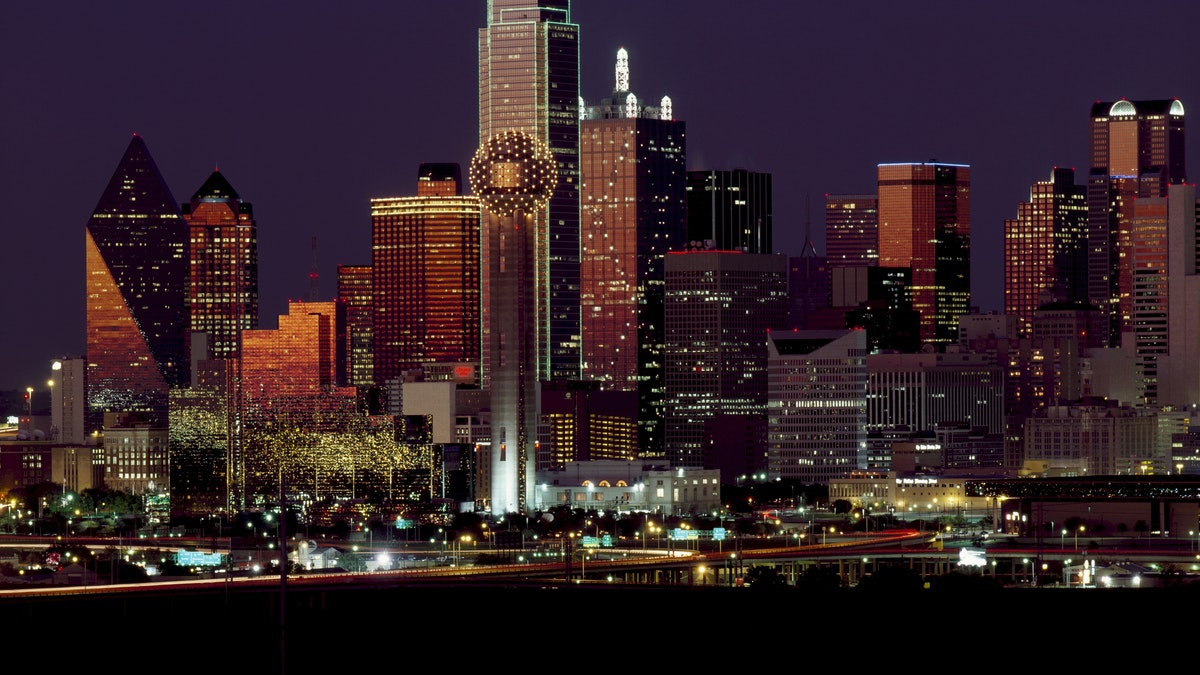 Frankston is at the intersection of U.S. Highway 175 and State Highway 155, near Lake Palestine and within a twenty-five-mile radius of Tyler, Jacksonville, Palstine, and Athens in far northeastern Anderson County.

Frankston. In 1900 a railroad crew, surveying lines for a proposed railroad from Dallas to Beaumont, came through a beautiful section between the old historical points of Kickapoo and Fincastle. Here they surveyed and plotted a city, which was later to become Frankston. This was the T&NO railroad, and the site chosen for the new town was one hundred miles from Dallas, in the northeast corner of Anderson County. Within a year of the time the surveying crew arrived, the T&NO was built to the townsite. The first service consisted of freight trains with a passenger coach attached. The Y on which these turned was located on the south side of the track, where Blackwell’s Hotel was later located. The first depot was a box car which stood about one hundred yards east of the present depot. Mr. E. L. Jones was the first depot agent.

Frankston. The town was founded when the Texas and New Orleans Railroad was built through the area. Most of its first residents moved there from Kickapoo, two miles to the southeast on an old Indian battleground site. The community was founded in January 1902. The town and post office, originally called Ayers, were renamed after Miss Frankie Miller, who donated land for the downtown city park. Lumber was the first industry of Frankston, and some lumber businesses still operated in the 1980s. Cotton was the basis of the economy around 1925; other crops such as peaches and tomatoes were raised extensively well into the early 1950s. Most of the community’s businesses were on the town square or a few blocks away. The railroad station, south of the square, was a center of town activity. At one time Frankston had three hotels, a variety of stores, several gas stations and cafes, a basket factory, a Masonic hall, a livery stable, and a movie house. After 1925 the town’s population ranged from 818 to 1,500. The old rail depot was converted into the Depot Library, which in the 1980s had more than 7,000 volumes, tape cassettes, and other materials. Ellis Mercantile, a tourist attraction, provided a “trip into the past.” In the early 1990s the population of Frankston was reported as 1,149. In 2000 the population was 1,209, with 175 businesses.

Frankston Railroad Depot. In 1900 the Texas & New Orleans Railroad, now part of the Southern Pacific line, platted the town of Frankston. The station was first called Frankport and the post office Ayres. Both were renamed Frankston in 1902 for Miss Frankie Miller, who gave land for a city park. In 1906 this frame depot was built. The railroad connected local farmers with distant markets and provided passenger service from 1903 to 1964. The depot was restored in 1976 as a museum. Recorded Texas Historic Landmark – 1977. – Historical Marker Text. Located on SH 155, Frankston.

Frankston City Park. In 1900 the Texas & New Orleans Railroad built a line through this area and plotted a townsite here on land owned by Frankie Miller. The town was named for “Miss Frankie” who donated this site, known as the Town Square, for a city park. By 1908 a city park existed here, and a post office and many of the town’s earliest businesses had opened around the park square. A gazebo, built about 1920, replaced a small bandstand and became the site of various local festivities and social events. The park square continues to serve as the town’s social and business center. Sesquicentennial of Texas Statehood 1845 – 1995. – Historical Marker Text. Marker located in the City Park, Main at Elm on SH 155, Frankston.