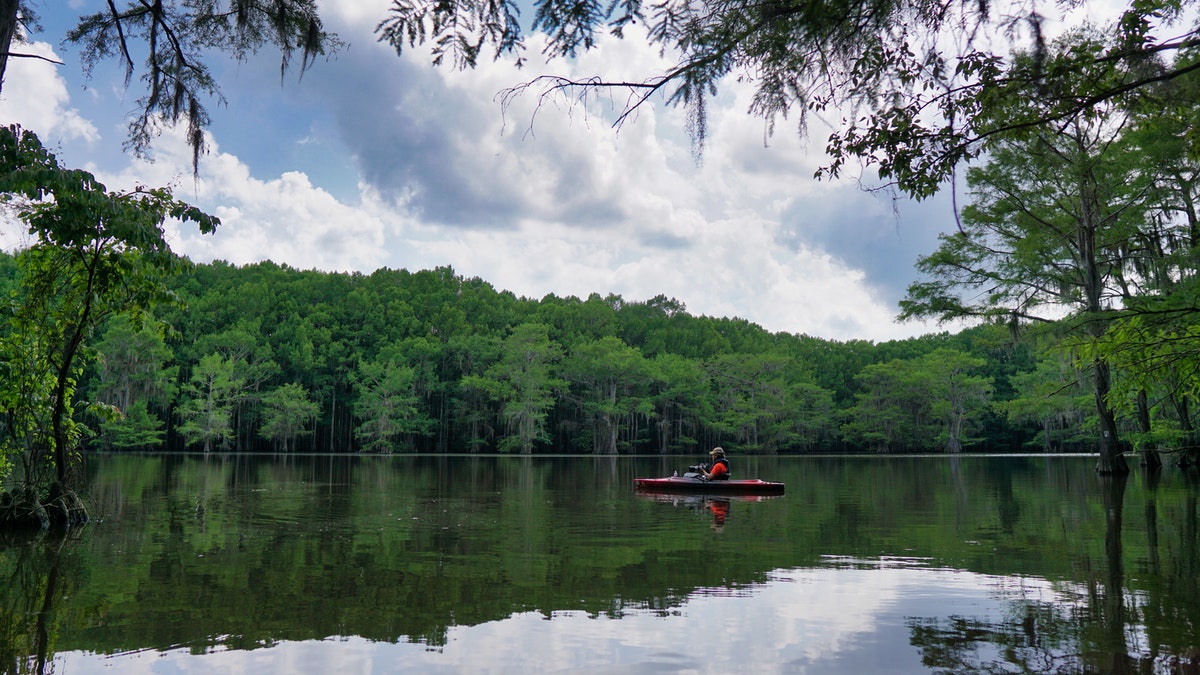 Fort Houston, once called Houston, was located of FM 1990 about 2 miles south of Palestine.

Fort Houston. A stockade and blockhouse of the Republic of Texas. Built in 1835-1836 to protect settlers who founded Houston, a pioneer town, now in Anderson County. Friendly Indians would come to trade at the site, but wary settlers often slept inside the 25-foot-square blockhouse, built of heavy logs. Trappers bought supplies there and men from Houston formed one of the first Ranger units in Texas. The fort defended a large area of the frontier, 1836-1839, but it was abandoned about 1841. The site later became part of home of John H. Reagan, Texas Statesman. – Historical Marker Text.  Marker erected 1936.  Located at the intersection of US 79 and FM 1990, 2 mi. south of Palestine, .25 mi. north of Ft. Houston on FM 1990 just past tracks.

Fort Houston. A fort and stockade built about 1836 on the public square of the town of Houston (then in Houston County), as a protection against the Indians, by order of General Sam Houston, Commander-in-Chief of the Texan armies. The town was abandoned in 1846 for Palestine, the new seat of Anderson County, the fort about 1841. The site is now a part of the historic home of John H. Reagan, which is called Fort Houston. – Historical Marker Text.  Marker erected 1936. Located about 2 mi. from Palestine off US 79S on FM 1990 just past tracks, behind Palestine Concrete.

Fort Houston Cemetery. In 1835, Joseph Jordan and William S. McDonald donated about 500 acres of land in this area for the town of Houston, later known as Fort Houston. An early map of the townsite shows a section designated as a “public burying ground.” The infant child of the Rev. Peter Fullinwider, an early Protestant minister in Anderson County, is said to have been the first to be interred here. The oldest marked grave, that of Dr. James Hunter, is dated 1840. The Fort Houston Cemetery is the only remaining physical evidence of the early frontier town, which was abandoned after Palestine was made Anderson County seat in 1846. Victims of diseases, Indian massacres, and other hardships that faced early Texas settlers are buried here. A special soldiers’ plot, marked with a large boulder, contains the graves of soldiers of the Republic of Texas. Two veterans of the Battle of San Jacinto, John W. Carpenter and James Wilson, are buried in unmarked graves. The burial site of General Nathaniel Smith, a War of 1812 veteran, is also located in the soldiers’ plot. The Fort Houston Cemetery remains in use as a public burial ground and as a reminder of the early history of the area. – Historical Marker Text. Marker erected 1985. Located on Harcrow Road, west of Loop 256, Palestine.