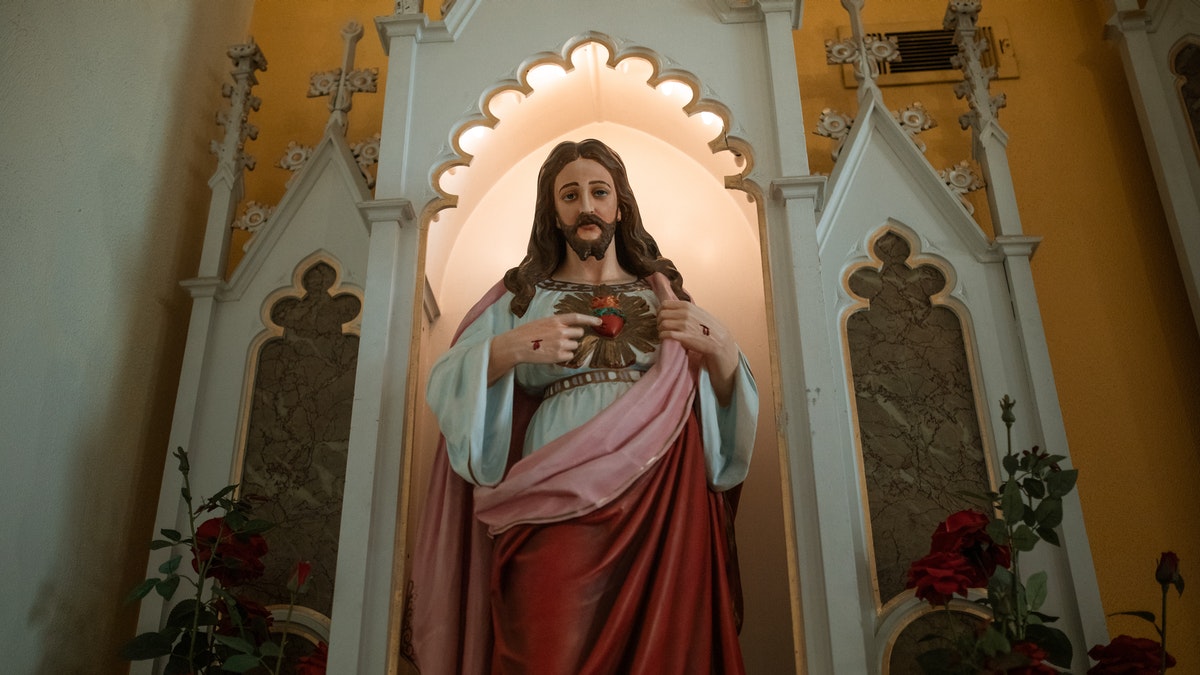 The Baptist Church of Elkhart owes its origin to the Cromwell family. Mr. and Mrs. J. W. Cromwell came to Elkhart in the early ’80’s from Kansas. They were staunch Baptists and finding no church in their new home they began to plan for the organization of a church.

It was not until the Spring of 1886, however, that the church was organized, and the beginning was small. The charter members were (as well as can be remembered at this day), Mr. and Mrs. J. W. Cromwell, Lewis Hunter, Mrs. Wagner, Mrs. Montgomery (Will Montgomery’s mother) and Mathew Miller. The pastor who officiated at the organization was either Brother Hill or Brother Julius Burk. Very soon after organization, a meeting was conducted in the town by Rev. Julius Burk. This resulted in a number of recruits. Three sisters in the Cromwell household were baptised in June or July the same year church was organized. These were Mrs. Jim Delaney, Mrs. Ed. Hardigree, and Mrs. Clarence Quarles, or Lulu, Laura, and Jessie Cromwell, as they were then. Mrs. Quarles, who has given the information, says: “I cannot remember the others who joined at the same time, tho there were a number. The church was organized in the old M. E. Church which stood on the spot today occupied by the Christian Church.”

Mrs. J. D. DuPuy of Palestine who was one of Elkhart‘s staunch Baptists for a number of years says: “When I came into the Elkhart Church, Mrs. Cromwell and her daughters were very active. Mr. and Mrs. J. L. Weatherford, Mr. and Mrs. Geo. Hemby, the McCrackens, the Irbys, Mrs. Lawler, Mr. and Mrs. Gammage (Ivan’s parents), and W. A. Weatherford were also members, or became members soon after. I remember one of our first tasks was to build a church. The Ladies’ Aid bought the lot next to Willie Weatherford’s and built the house on it. We had to work pretty hard to make those payments, I remember. The preachers I recall were Brother Dick Morrow, Brother Blanton, and Brother Fuller.” Mrs. C. C. Irby, another early member recalls that Brother Ramsey served as pastor at an early date, also.

In addition to this information the writer recalls her connection with this church some thirty or more years ago. Mr. L. C. Watkins and his good wife were bulwarks of strength to the church then as now. Miss Cora Wright was faithful and self-sacrificing in her work for the Sunday School.

No weather was too disagreeable to keep that consecrated girl away from the church when Sunday came. She would play the organ, read the lesson, sing, conduct the classes—any class where there was need for her. At times she was almost the whole thing, superintendent, organist, teacher, school.

Dr. and Mrs. Paxton came to Elkhart about the same time that we did. Their children were small, but they managed somehow to get all those tots to Sunday School. Dr. and Mrs. Paxton have been “in harness” in the church all these years. Mrs. Paxton teaching a class in Sunday School, year in and year out—and the doctor as faithful in attendance, always in his place, unless professionally detained.