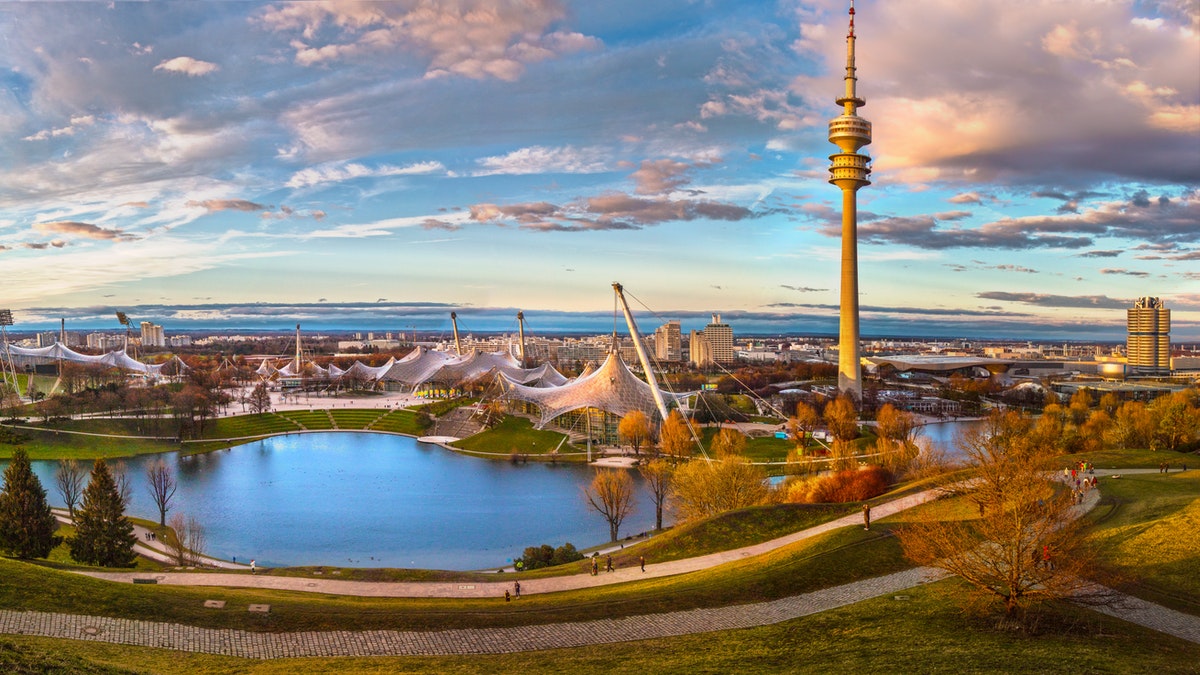 Claude was originally named Armstrong City when the Fort Worth and Denver City Railway built through the county in 1887, but the name was soon afterwards changed to Claude, after Claude Ayers, the engineer who brought the first train through. Though E. H. Trice platted the town’s business district in conformity with the railroad, which angles southeast to northwest, later additions, platted by various promoters including Samuel H. Graves, J. A. Parham, Lee Bivins, and R. A. Montgomery, were laid out by the compass. A post office was opened in June 1888 with Trice as postmaster.

When the county was organized in 1890, Claude won the contest with Washburn to be the county seat. Charles Goodnight, according to report, cast the tie-breaking vote. During the 1890s the town grew as a cattle-shipping point, with several stores, two saloons, two blacksmith shops, a livery stable, four churches, a bank, and a resident physician. J. M. White built the ornate, three-story Palace Hotel, which at that time was the largest in the Panhandle. W. S. Decker established a weekly newspaper, the Claude Argus, which later merged with the Goodnight News to become the Claude News. When the school district was organized in 1891, children attended classes in the Methodist church until a permanent schoolhouse was built. Before modern water and sewerage systems, Claude’s residents went to the courthouse square for water at the public trough, which was shaded by a cottonwood tree. One early resident recalled that the old wooden courthouse “always smelled of tobacco and disinfectant.”

Claude History 1922. Claude, a town of 1,200 inhabitants, has never had a boom, but with a steady upward tendency has reached its present state and is regarded as one of the most prosperous little towns in the West. If there is one thing more than any other to distinguish Claude from other towns, it is the quality of its citizenship. The people are intelligent, progressive and have a high standard of morals very noticeable to travelers.

Claude has twenty-five mercantile establishments, and all are prosperous. It has four churches, one newspaper, two banks, showing deposits of nearly one-half million dollars, electric light and ice plants. There is an elevator, and another is expected to be built soon, a flouring mill running full time, and it has a splendid three-story brick school building and bears the distinction of having fostered the first County School Fair ever held in the state of Texas. One of the most beautiful courthouses in the country may be found here. – History of Texas, 1922, by W. Barrett Travis.

Town of Claude. Founded when Fort Worth & Denver Railroad built into area (1887). Claude Ayers, engineer on first passenger train through here, suggested town be named for him — and citizens agreed. Jerry Cavanaugh, first resident, gave land for town. Post office was granted in 1888, with E.H. Trice, postmaster. Claude won a close race for county seat, 1890. Tie-breaking vote was cast by famous rancher Chas. Goodnight. Churches were established in 1890 and a school built in 1891. Noted Panhandle historian Laura V. Hamner was an early teacher. Town was incorporated in 1909. – Historical Marker Text. Marker erected 1971. Located on the Courthouse Square, northwest corner of US 287 and Trice Street, Claude.

Claude News. Established as the “Argus,” Jan. 1, 1890, in the new railroad town of Claude. Later it merged with “Goodnight News” to become “Claude News.” First publisher, W. S. Decker, sold paper to B. F. Hines, who sold to J. H. Hamner, in 1892. His daughter Laura V., later a foremost historian of the early great ranches of Texas Panhandle, edited the paper in this period. About 1913 Hamner sold to Spurgeon and Marvin Bishop. On Jan. 1, 1916, Thos. T. Waggoner, founder of 4 Oklahoma weeklies, bought the “News.” After his death, his sons Wm. J. B. and Cecil acquired ownership, in 1950. – Historical Marker Text. Marker erected 1969.

First Baptist Church of Claude. Organized on May 18, 1890, by 19 charter members, with the Rev. B. E. Hure as moderator. The Rev. Count C. Storts was the first resident pastor. The congregation worshipped in the Presbyterian church building until 1899, when a frame sanctuary was built (1/2 block south) on property donated by L. P. Greer. A second structure, of brick, was erected on this site in 1918. The present facility was constructed and dedicated in 1971. In a pioneer environment, this church body served as an uplifting force to settlers of Claude and surrounding ranches and farms. – Historical Marker Text. Marker erected 1975. Located at 300 Parks, Claude.

Claude Cemetery. (Established 1890) Dan Cavanagh settled here in 1885 and bought this land in 1888. In 1890 he gave a grave site for railroad worker Neal DeBerry. Settler C.C. Bates was buried in 1890, and early burials from the Fort Worth & Denver Railroad right-of-way were later moved here. James and Harriet Grimes deeded the cemetery land to the public in 1905. A cemetery association was organized in 1912, and perpetual care began in 1936 with a $10,000 gift from Jim Hill. Also interred here are veterans of the Civil War, the Spanish American War, World Wars I and II, Korea, and Vietnam. (1973, 1990).– Historical Marker Text.