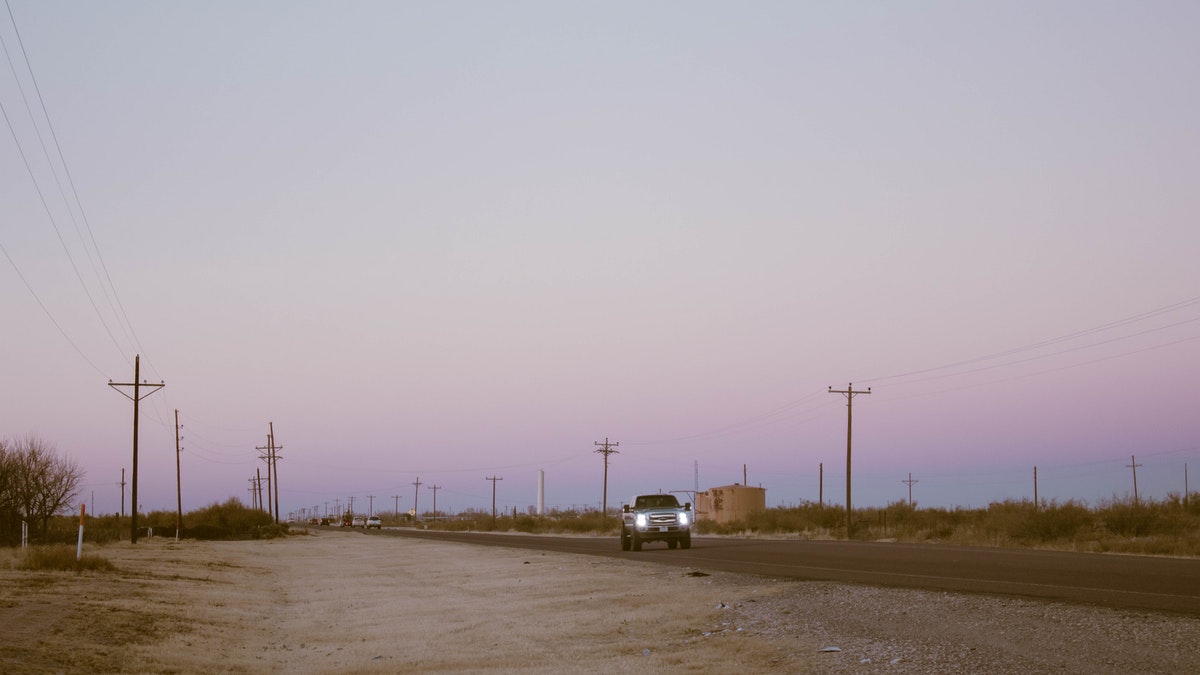 Belle Plain (also referred to as Belle Plaine), is located six miles southeast of Baird off of Hwy 283.  The townsite was laid out in 1875 and it was intended that Belle Plaine would become a commercial center for the county.  The town was established in 1876 and soon a saloon and other businesses opened up in the new town.  Callahan County was established in 1877, and soon after an election was held to choose the county seat of the new county.  Belle Plain won out over Callahan City, the temporary county seat.  A courthouse and a jail were built, businesses opened, and residents moved to Belle Plain from Callahan City and other communities. Soon, Belle Plain had several stores, saloons, two fraternal lodges, eleven lawyers and four physicians.  The Callahan County Clarendon, a newspaper, began in 1879.  The population grew to 400 in 1884.

In 1880, the Texas and Pacific Railroad came through Callahan County and bypassed Belle Plain, making its tracks about 5 miles to the north of Belle Plain and going through Baird.  Belle Plains' economy remained stable for a while.  And, soon in 1881 the Belle Plain College, Methodist institution, was the pride of the community.  Enrollment swelled to 300 students. But, even the college couldn't save Belle Plain.  Businesses and residents moved toward the railroad.  Baird became the larger commerce area. Soon, the college closed and Baird won out over Belle Plain as the county seat.  The jail was disassembled and moved to Baird.  By 1897, only four families and one store remained in Belle Plain.  The post office closed in 1909.

Bell Plain 1879. CALLAHAN.  Brownwood Banner: Belle Plain, the new and thriving county seat of Callahan county, is improving.  Besides various new dwellings, built principally of pine, and in the main artistically designed, we noticed two large store-houses, flanked on one side by a capacious frame warehouse, occupied by Berry & Co.

Belle Plain is situated on a beautiful plateau and within a quarter of a mile of the geographical center of the county.  It is improving very rapidly.  Immigration to the county on the increase.  Late rains have given vegetation a good start.  Stock of all kinds doing well.  Have a large acreage of wheat and corn in the county -- all looking fine -- and soon our land will flow with milk and honey. - Galveston Weekly News, Galveston, TX 31 Mar 1879

CALLAHAN.  A letter to the News from Bell Plain [sic] says the health of this county is good, the grazing fine and timber plenty. We have about 500 voters in the county, and about 3000 inhabitants.  Bell Plain [sic], the thrifty county seat, numbers about 800 inhabitants, and is rapidly improving, numbers of stone buildings being in the course of construction.  The common schools are in full drift all over the county.  Lands are chaep, being worth from 50 cents to $1.50 per acre, and newcomers are always treated with the utmost respect and cordiality by the citizens. - Galveston Weekly News, Galveston, TX 21 Apr 1879

Belle Plain College. Early college of West Texas. Founded in 1881 by Methodist Church. Enrollment reached peak of 300 and students attended from throughout the region. College developed a superior course of study, with special strength in music. It had an orchestra and a brass band. A girl's dormitory was built soon after founding, and in 1885 a 3-story stone building was erected. School also had a military branch in town. Pupils wore blue and gray uniforms. After town lost both county seat and many citizens to Baird, 1883, college eventually closed.. - Historical Marker Text.  Marker erected 1969.  Directions: from Baird, take US 283 south about 6 miles, then go east about 2.5 miles.

Belle Plaine Cemetery. Residents of the short-lived community of Belle Plaine were burying their dead at this site as early as 1878. Although the presence of unmarked graves suggests earlier possible usage, the oldest marked grave, that of sixteen-year-old Virgil Hill, dates to that year. Belle Plaine residents informally established a community cemetery here on vacant land. The graveyard was located within a larger tract of land that was owned by the state until 1861 and later by several railroad companies. Its last private owner, the Texas & Pacific Railway Company, purchased the tract that included this graveyard in 1879 when it anticipated routing its railroad through Belle Plaine. However, in 1883 the route was changed to pass through nearby Baird. In response, the railway company deeded the cemetery property to Callahan County the following year. Though the community of Belle Plaine had declined by 1909, burials have continued to take place. Those interred here include area pioneers, their descendants, and veterans. The historic burial ground remains an important cultural resource in this area. - Historical Marker Text.  Marker erected 1992.  Directions: from Baird, take US 283 South about 8 miles, then go East on county road about 1.5 miles.

Belle Plain History from the Handbook of Texas Online