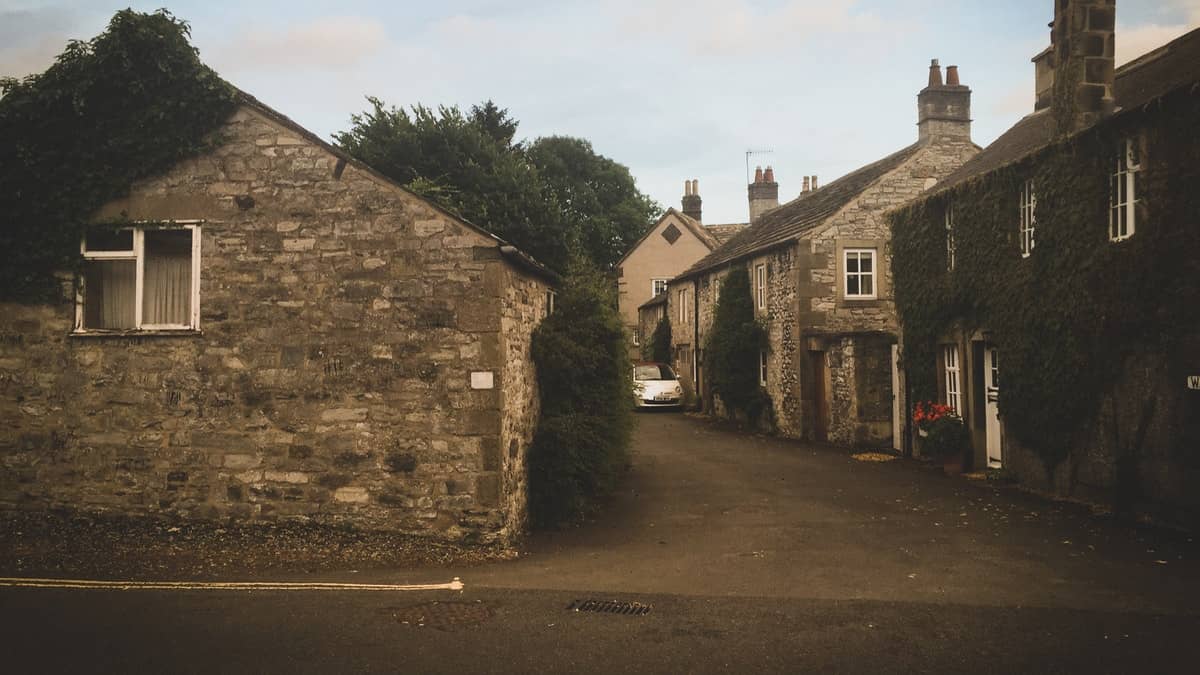 Alvarado was established in 1854. The town site was donated by W. Balch. It was named by Abe Onstott, first sheriff of Johnson County, in honor of a brave Spanish officer by the name of Alvarado, who fought with the Texans in the Mexican war. The present population is 1,284, and the assessed valuation is $1,118,000.

Alvarado. Early settler David Mitchell established a trading post near here in the late 1840s, about the time colonists of W. S. Peters’ empresario grant began to settle the area. Colonist William Balch, who settled on an area land grant in 1852, was later to become known as the “Father of Alvarado” for his efforts in having the townsite surveyed in 1854, establishing the first general merchandise stores on the square, and for donating land for a cemetery, school, and union church. The town, named for Alvarado, Mexico, soon boasted a post office, homes, businesses, and churches. A community school established about 1855 became The Alvarado Masonic Institute in 1875. Rail lines extended through Alvarado by the Missouri Pacific Railroad in 1881 and by the Chicago, Texas, and Mexican Central Railroad in 1884 spurred a local economic boom. By 1885 Alvarado had several churches, two schools, two gins, an opera house, a bank, a newspaper, and a population of about 2,000. The Masonic Institute became the Alvarado Normal Institute in 1899 and Alvarado High School in 1908-09. A large jail/town hall erected at this site in the mid-1880s was removed in the 1920s and replaced with a garden arrangement; a gazebo was added later.

Alvarado Masonic Lodge No. 314 A.F. & A.M. Chartered in 1869, the Alvarado Masonic Lodge began under leadership of A. J. Chambers, J. C. Weaver and Joel Higgins. From its earliest years it offered strong support of local education. The first lodge building provided classroom space, and the lodge administered local school efforts, establishing the Masonic Institute in the 1870s. It later became Alvarado Normal Institute and then Alvarado High School. The lodge has also supported the Masonic Home and School in Fort Worth and hosted the Grand Lodge of Texas meeting (1946). Civic leaders who were also lodge members include town founder William Balch and first mayor J. H. Wright. The lodge continues to aid the community through its many programs.

First Baptist Church of Alvarado. Settlers came to Alvarado in the 1850s, and area Baptists are believed to have gathered for several years before formally organizing a church on October 6, 1861. Members first met at the community’s Union Building, shared by a school and three other denominations. Bro. William C. Gentry served as the first pastor of the group, which recruited new members with revival meetings in nearby Willow Springs. The Alvarado congregation moved into its own sanctuary in 1877. Over the years, it has built new facilities, relocating here at the turn of the 21st century. It continues efforts to serve the community through a variety of programs. – Historical Marker Text. Marker erected 2004. Located on 207 US 67E, Alvarado.

Alavarado-Glenwood Cemetery. Two early area families established cemeteries at this site in the 1870s. During that time, the Campbell and Sansom families purchased land in this vicinity. The first documented burial is that of seven-month-old Ula Sansom (d. 1876), who was buried in the Sansom family plot. The following year, Louisianna Campbell (1826-1877), was buried in the Campbell plot. Several more burials were made during the next two decades. In 1881, the railroad came to Alvarado, bringing with it many new residents. With more families in the area and a growing need for additional cemetery space, many buried their loved ones in the vicinity of the Sansom and Campbell plots. In 1896, the local Knight of Pythias and I.O.O.F. lodges established burial grounds on land surrounding the two family plots. During the Great Depression, the City of Alvarado took over care for the cemeteries, which were known collectively as Glenwood Cemetery. Additional land enlarged the graveyard, for which in 1970 a cemetery association formed to maintain and preserve the site. Today, the burial ground remains a link to early pioneers and the history of generations of Alvarado residents. Historic Texas Cemetery – 2004. – Historical Marker Text. Located at Glenwood Dr, Alvarado.